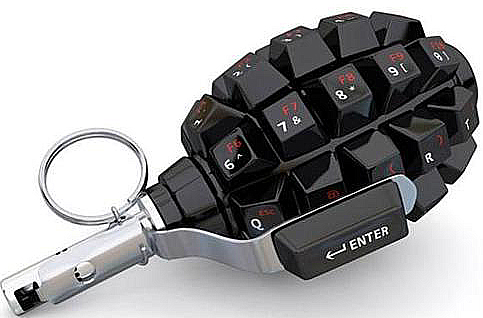 The wars of USA and NATO in Yugoslavia, Sudan, Afghanistan, Iraq etc. have given birth to a fascinating term – “collateral” damage. Actually what it means is civilians, victims of “democratic” bombs. By the thousands. The Ukraine drama we are all witnessing also generated a language innovation – “hybrid war”. The “democratic” media, as expected, blame Russia for it. What is meant is a combination of information war, support, arming and financing of separatist formations in Eastern Ukraine, involvement of well-trained soldiers on their side and so on. Because of lack of evidence for a direct military intervention by the Russian army, the “hybrid war” is the favorite accusation of all those, riding on the “Russian aggression” in Ukraine bandwagon.

The new term, however, is fully applicable also to the actions of USA, past and present, towards many countries with “rogue” governments. The list is too long, so let’s just remind ourselves of Nicaragua during the 80s. The same technology is, of course, being used today in Ukraine. The regime in Kiev, despite its very questionable legitimacy, is enjoying the full support of USA and their allies, American “experts” lend guidance to its police and military forces, foreign mercenaries are fighting in the battalions, thrown against the “separatists” in Eastern Ukraine. And the information war is being carried out on a Goebbelsian scale. Lies, fact twisting or omission, manipulation of the “news” presented – all this is visible on every step. Of course, its target is mainly an audience, which lacks access or will to search for information by at least two alternative sources.

Here’s just a small ricochet from this “hybrid war”, led even without much effort for an “objective” alibi by the Western media. On September 4, BBC’s commentator Thomas Sparrow publishes in the Spanish language version of the British information giant a review under the impressive title “Ukraine: what makes the opposition between Putin and Obama so dangerous”.

The author explains to his removed from the Ukrainian conflict Spanish speaking readers (many of them in Latin America) why Putin sees events in Ukraine in one way and Obama – in another. The manipulation here finds its way in the selection of facts. For instance, in the part which draws a comparison between the power available to Obama and Putin, respectively, the American president is presented as having the backing of the EU and NATO, while its Russian counterpart controls the energy supplies to Europe and after “the war with Georgia in 2008” has heavily reinforced his army. In reality, what lies behind the “war with Georgia” is the fact that on August 8, 2008 Georgia bombed the sleeping capital of South Ossetia – the city of Tskhinvali – killing hundreds of peaceful residents in the process, sent tanks against the South Ossetians, who had declared independence, shelled with artillery the Russian peacekeeping battalion, in response to which Russia pushed back the Georgians all the way back to Tbilisi. There is no reason our dear Spanish speaking reader should know these details, it must be stuck in his mind that in 2008 Russia went to war with Georgia…

The review is accompanied by an even more impressive “reference”, titled “Some key facts in Ukraine in 2014”. The “facts” are 12 in number. Among them one cannot find the date February 21, when an agreement was signed between representatives of the Maidan and Ukrainian president at the time Viktor Yanukovych, who accepted virtually every demand of the protesters. But radical groups stormed the Parliament, there was more bloodshed, members of Parliament couldn’t ratify the agreement and de facto a coup d’état took place in Kiev. However, in BBC’s list we can find the next day – February 22, for which it’s noted the following: “President Viktor Yanukovych flees Kiev. Former Prime Minister Yulia Tymoshenko is released.” Beautiful!

Moving on. There is nothing in the list about the beginning of May. It jumps from April 7, when “the conflict spreads to the Eastern part of the country and rebels control buildings in Lugansk, Donetsk and Kharkov”, directly to May 25 – “Ukraine elects Petro Poroshenko as President”. Spanish speaking readers do not receive the privilege to know what happened on May 2 in Odessa – over 50 casualties, some of them burned alive in the Union building, shelter for opposition to the “Euromaidan” and stormed by the “Right Sector”. There is no mention of May 9 either, when soldiers from the Ukrainian army shoot and kill in front of the cameras peaceful residents of Mariupol, commemorating the Day of victory over fascism. Interestingly enough, there is an August 22 in the BBC list: “A Russian convoy enters Ukraine without permission”. That the convoy was humanitarian, that it waited for a permission to pass from the Ukrainian authorities for a week at the border, in order to deliver water, food and medicines to the shelled by the Ukraine army and deprived of electricity and water residents of Lugansk and Donetsk, that it underwent all kinds of inspections possible, including from OSCE and the Red Cross – no, there is no place for such details. There is only the unequivocal “A Russian convoy enters Ukraine without permission”. Perhaps it was a military convoy, my dear stupefied by the “hybrid war” reader and viewer?…